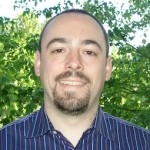 Tyson D Bailey, PsyD ABPP is a partner in a trauma-informed group practice in the Seattle area. He is a clinical and forensic psychologist who focused on treatment and assessment of complex posttraumatic reactions. He is currently an associate editor of Psychological Trauma: Theory, Research, Practice, and Policy. Tyson has published several articles and book chapters on complex trauma, dissociation, and the harmful effects of therapist sexual abuse. He is also a special section editor for Psychological Injury and Law, focusing on complex trauma and dissociation in a legal context.

Dr. Lisa Rocchio is a clinical and forensic psychologist with expertise in the areas of interpersonal violence, traumatic stress, and ethics. She has been a strong advocate both locally and nationally on critical issues for the practice of psychology, including mental health parity and the integration of behavioral health with primary care.   She is a founding member of Division 56, serving as both the Treasurer and the liaison to APA's Committee on Women in Psychology, and is a Fellow of the APA's Division 42 (Division of Independent Practice).  She also serves as the Rhode Island Psychological Association's Council Representative to the APA.

Dr. Carolyn Allard is a proud Charter Member, Past President (2020), and Editorial Board member for the journal of APA Division 56. She is Program Director and Associate Professor for PhD Program at the California School of Professional Psychology (CSPP) at Alliant International University. She also has appointments with the University of California San Diego as Associate Clinical Professor of Psychiatry, and with the Veterans Affairs (VA) San Diego Healthcare System as Research Psychologist. Dr. Allard is a licensed psychologist in the state of California and has her Board Certification in Clinical Psychology. Prior to her current position at CSPP, she served as Program Director of the Military Sexual Trauma & Interpersonal Trauma Clinic and San Diego Advanced Fellowship in Women's Health at the Veteran's Affairs San Diego Healthcare System for over 10 years. Dr. Allard has extensive experience in clinical practice, training and consultation with all levels of trainees and professionals; public education and advocacy; clinical research; program development and evaluation; and administration and leadership. She is a certified trainer and consultant for Cognitive Processing Therapy and consultant for Prolonged Exposure. Dr. Allard is also an active researcher, serving as principal investigator or coinvestigator on several past and ongoing university, VA, and Department of Defense funded studies, including multi-site clinical trials, with a special focus on the identification of individual, socio-cultural, and contextual intervention targets to improve outcomes. One area of particular interest is trauma related guilt and shame.

Dr. Loren Post is an Assistant Professor in the Department of Psychiatry and Behavioral Sciences, Emory University School of Medicine. She serves as the Associate Research Director of the Emory Healthcare Veterans Program and is a member of several Wounded Warrior Project’s Warrior Care Network committees. Dr. Post specializes in the evidence-based treatment of PTSD and trauma-related disorders. She has research interests and publications focusing on transdiagnostic processes between PTSD and co-occurring disorders and biopsychosocial and treatment factors influencing the effectiveness of evidence-based PTSD treatment.

Dr. Barbara Niles is a Research Psychologist at the National Center for PTSD Behavioral Science Division at VA Boston Healthcare System and an Assistant Professor in Psychiatry at the Boston University School of Medicine. She has been involved in delivery of clinical services, training, and research in the area of post-trauma functioning and PTSD throughout her professional career. She has been a member of Division 56 since its inception and is pleased to serve the Division in leadership and administration in the position of Treasurer.

Katharine Lacefield, Ph.D., ABPP, is is a clinical psychologist at the San Diego VA, where she also serves as a regional trainer and consultant for Cognitive Processing Therapy, and as a clinical assistant professor of psychiatry and psychology lecturer at UC San Diego. She received her Ph.D. in Clinical Psychology from the University of Central Florida after completing a predoctoral internship in clinical psychology at the Southwest Consortium, and then completed a postdoctoral fellowship in traumatic stress at the Washington DC VA Medical Center. Dr. Lacefield is a diplomate of the American Board of Professional Psychology in Clinical Psychology,  and her research interests include examining correlates of and treatment outcomes for gender and sexual minorities diagnosed with Posttraumatic Stress Disorder and comorbid conditions. She is thrilled to be working as the Div 56 Early Career Psychologist Representative to help excite and unite the next generation of trauma psychologists!

Dr. Carlos A. Cuevas is an Associate Professor and Co-Director of the Violence and Justice Research Laboratory at Northeastern University in the School of Criminology and Criminal Justice. Dr. Cuevas’s research interests are in the area of victimization and trauma, sexual violence and sexual offending, family violence, and the overlap between victimization and delinquency. Specifically, his work focuses examining victimization among understudied/underserved groups and how it relates to psychological distress and service utilization, as well as the role cultural factors play on victimization. In addition, he is studying the impact of psychological factors on the revictimization of children and how it helps explain the connection between victimization and delinquency. His most recent research will examine the scope and impact of bias crime against Latinos. Dr. Cuevas also continues to engage in clinical work, providing assessment and treatment to victims of abuse and trauma as well as sex offenders.

Robyn L. Gobin, Ph.D. is a clinical psychologist and consultant with expertise in interpersonal trauma, the cultural context of trauma recovery, and women’s mental health. She is Assistant Professor in the Department of Community Health at the University of Illinois at Urbana Champaign where she directs the Transforming Trauma and Mental Health Laboratory. She has published several articles on interpersonal trauma and her research has been supported by national funding agencies including the Patient Centered Outcomes Research Institute (PCORI). She serves on the editorial board of the Journal of Trauma and Dissociation (JTD) and is guest co-editor for a JTD special issue on discrimination, violence, and healing in marginalized communities. In addition to her clinical work and research, Dr. Gobin is active in her community serving on nonprofit boards and leading workshops focusing on self-care, mindfulness, and mental health in BIPOC communities.

Dr. Jack Tsai has dual appointments with the U.S. Department of Veterans Affairs Central Office and Yale University School of Medicine. He serves as Research Director for the National Center on Homelessness Among Veterans and is Associate Professor of Psychiatry at Yale where he is also Director of the Division of Mental Health Services Research. Dr. Tsai has served on the Yale faculty since 2010. He has received federally funded grants and published over 150 peer-reviewed articles on topics related to homelessness, severe mental illness, trauma, and health disparities. He has been a grant reviewer for the VA, PCORI, Social Security Administration, and several foundations. He holds leadership positions in the American Psychological Association and the American Public Health Association, and serves as Editor-in-Chief of the Journal of Social Distress and the Homeless. He teaches and supervises interns, residents, and fellows in the VA, Yale, and surrounding universities. In his spare time, he enjoys scuba diving, climbing, Brazilian jiu jitsu, basketball, and international travel.

Dr. Julia Seng is Professor of Nursing, Obstetrics, and Women’s and Gender Studies, and Research Professor at the Institute for Research on Women and Gender at the University of Michigan.  Her research focuses on the effects of posttraumatic stress disorder (PTSD) on women’s health and childbearing. Her projects approach this topic from a variety of perspectives—all projects have in common an activist approach to improving the lifelong well-being of women who have experienced maltreatment in childhood.  She has used qualitative, participatory action research to understand women's experiences and to inform intervention development.  Epidemiological analyses have established that PTSD is associated with pregnancy complications and worse physical health across the lifespan for women.  Clinical studies have examined neuroendocrine pathways that link PTSD to preterm birth, lower birth weight, and pregnancy complications.  With collaborators, Dr. Seng has co-developed a trauma-specific intervention for pregnant women with a maltreatment—the “Survivor Moms’ Companion.”  Clinical and implementation research about this program for women with abuse-related PTSD is underway.

Ayli Carrero Pinedo, MA is a doctoral candidate in the Counseling Psychology program at the University of North Dakota (UND) and a pre-doctoral Mental Health and Substance Abuse Services fellow in the APA Minority Fellowship Program. Carrero Pinedo’s research, clinical and advocacy work are informed by her experiences as a formerly undocumented Peruvian immigrant and first-generation student. She merges public health and psychology to better understand health disparities and trauma experiences in Latinx and immigrant communities with different legal status experiences. Carrero Pinedo was also appointed to the APA’s Advocacy Coordinating Committee where she brings experience in working with government leaders. At Capitol Hill, she has addressed issues like diversifying the healthcare workforce, the need for culturally competent providers, and the role of trauma-informed care in ending health disparities for rural, vulnerable, and/or medically underserved communities. Carrero Pinedo is also completing her psychology internship at the El Paso VA and looks forward to being certified in Cognitive Processing Therapy and Prolonged Exposure Therapy after completing her degree.

Katesha brings to the table 16 years of experience in the AMC industry including but not limited to managing day to day association operations, meeting planning and administrative staff. She holds a B.A. in Sociology from North Carolina State University. Katesha currently resides in Raleigh, NC with her husband and children.